Of course, it would also be nice to be able to take one's luggage trolleys / baggage carts to the various floors at airports, not only with elevators, but also parallel to stairs or escalators.

According to the principle of shopping cart conveyors, this should be possible.

Anyway, I was involved in such a preliminary development from the beginning of the 2000s and a patent was even filed.

As long as I have been active, I have no knowledge of corresponding installations, but it may be that it has been further developed and is now available at airports. 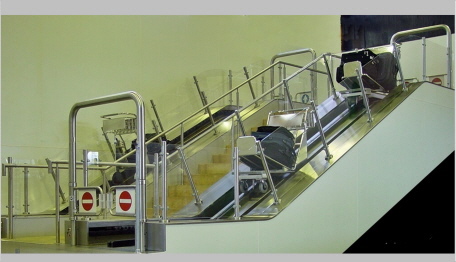 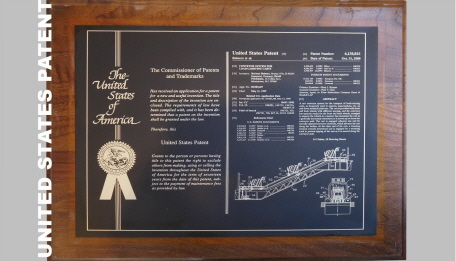 It took a little development time, but in the end it was nice to see how the set goal was met.

As you can see immediately, on the downward conveyor, the bags lie freely above the machine structure. This is a bit more problematic with the upward conveyor, but as shown, this has been solved well, and thus the system is a very useful device and can be a good help at airports. 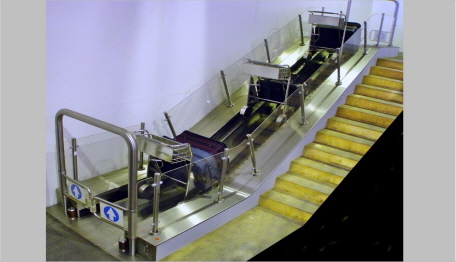 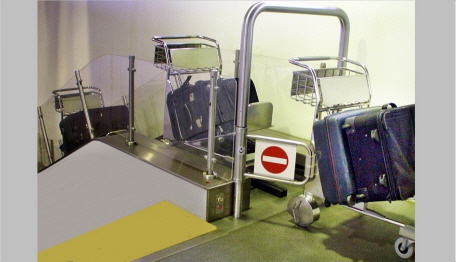